On 8 May in Riga at the National Library of Latvia, the 23rd joint conference EBLIDA-NAPLE of the European Bureau of Library Information and Documentation Association (EBLIDA) and the National Authorities of Public Library in Europe (NAPLE) took place.

The main topic of the conference was "Building a Europe of Readers" to highlight the role which libraries are playing in reading development and how they help citizens in accessing information and knowledge in all formats, as well as make them more visible to the European Institutions. The theme of the conference was based on the key-priorities of the Latvian Presidency of the Council of the European Union: involvement, growth and sustainability. 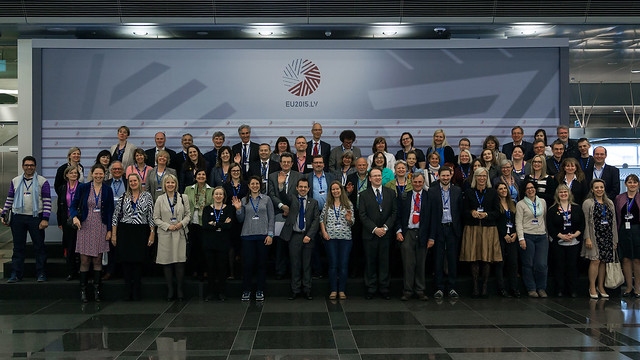 During the conference the following topics were discussed: the role of libraries in society, support for literacy and lifelong learning processes, and e-lending in libraries.

The conference was organized by the National Library of Latvia in cooperation with the Ministry of Culture of the Republic of Latvia, Culture Information Systems Centre, Latvian Librarians Association, National Authorities of Public Library in Europe, Reading and Writing Foundation, European Literacy Policy Network ELINET and EBLIDA.

This conference was part of the Latvian EU Council programme.

At EBLIDA Council Meeting we voted for new members, decided on cancellations, and learned about the annual report and the work programme for the coming year and we approved the budget of the Association and held Elections for Executive Committee Members.

With the approval of council members, it was decided to elect the president by acclamation rather than with ballot papers. Jukka Relander (Finnish Library Association) was elected unanimously by acclamation of the Council members present in the room.

The result of the formal process of the elections in alphabetical order: